During the pandemic, a whole foods, plant-based diet has helped many Americans reduce their susceptibility to potentially lethal Covid-19 and recover in the event of infection.

About 88% of all fatalities from coronavirus in the United States are among those who are who have one or more preexisting conditions, including obesity, diabetes, heart disease, cancer, and metabolic disorder. Their already compromised immune function predisposes them to infection, serious symptoms, and increased risk of mortality.

All of these chronic, preexisting conditions are linked to the modern way of eating, high in meat, chicken, dairy food (milk, cheese, ice cream, etc.), refined grains, sugar, and other ultra-processed foods.

Like many Americans, President Trump and the First Lady have been consuming these foods, and they contributed to increased susceptibility to the virus. To assist in their recovery and stay well in the future, it is important to regularly eat healthful, immune-boosting foods.

As macrobiotic dietary and way of life counselors, we have helped guide thousands of people in preventing and recovering from heart disease, cancer, diabetes, and other chronic conditions. We have participated in many medical studies and are currently undertaking a Whole Foods, Plant-Based Dietary Intervention Study in conjunction with a hospital in the Berkshires. During the last six months, we have advised Covid-19 patients, including medical caregivers and first responders, and experienced full recoveries.

In light of this experience, we respectively offer the following dietary guidelines to the White House Kitchen and First Family as a complement to their medical treatment. The recommendations are similar to those that we included in our new book Strengthening Natural Immunity and offer on our websites, including www.coronavirusanddiet.com. We recommend that whole food, plant-based meals be offered to President and Mrs. Trump as soon as their appetites permit, even during President Trump’s stay at Walter Reed, and that these guidelines continue to be implemented until full recovery is achieved.

WHOLE GRAINS Center the daily way of eating on cooked, organically grown, whole cereal grains, including barley, brown rice, millet, whole wheat, corn, and quinoa, prepared in the form of whole grain, porridge, and other dishes as well as a small amount of noodles, pasta, and other grain products. This translates to about one-quarter to one-third of the plate by volume.

MISO SOUP Once a day, eat a bowl or cup of miso soup, including several seasonal vegetables, a small piece of wakame sea vegetables, and up to one teaspoon of miso per cup of soup. A second soup, made with beans, vegetables, or grains, and seasoned with sea salt or shoyu, may also be eaten daily if desired.

BEANS  Every day eat a small amount (about one half to one cup) of freshly cooked beans or bean products, including chickpeas, lentils, kidney, navy, black bean, white beans, pinto, non-GMO soybeans, and others. Bean products such as tofu, tempeh, and natto can also be used several times a week.

SEA VEGETABLES Sea vegetables such as wakame, nori, kombu, hiziki, arame, dulse, agar, and others may be consumed in small amount (one-eighth to one-fourth cup daily) prepared in a variety of ways. They can be cooked with beans or vegetables, used in soups, or served separately as side dishes or salads, moderately flavored with brown rice vinegar, sea salt, shoyu, umeboshi plum, and other natural seasonings.

ANIMAL FOOD Animal quality food should be minimized during the period of infection, including meat, poultry, eggs, fatty fish, and all dairy food. After the danger has lifted, if desired, 1-3 times a week, a small volume (4 to 8 ounces) of fresh, wild-caught, flaky, white-meat fish may be consumed. For protein, tofu, tempeh, seitan, and other high-quality, concentrated, plant-based protein dishes may be consumed frequently.

FRUIT Fruit, including fresh, dried, and cooked fruits, may also be served three or four times per week. Local and organically grown fruits are preferred. In a temperate climate, avoid tropical and semi-tropical fruit and eat, instead, temperate climate fruits such as apples, pears, plums, peaches, nectarines, apricots, berries, and melons. Local organic fruit juice may also be consumed several times a week.

SEEDS & NUTS Lightly roasted nuts and seeds such as pumpkin, sesame, and sunflower may be enjoyed as snacks, together with peanuts, walnuts, almonds, and pecans.

SWEETS, SNACKS, & DESSERTS Rice syrup, barley malt, amasake, and mirin may be used as sweeteners, together with occasional maple syrup. Brown rice vinegar, lemon, or umeboshi vinegar may be used for a sour taste.

BEVERAGES. Recommended daily beverages include bancha (kukicha) twig tea, stem tea, roasted brown rice and barley tea, and occasional dandelion and corn silk tea. Any traditional tea that does not have an aromatic fragrance or a stimulating effect can be used. Fresh, clean water (preferably spring or well water of good quality) but not iced may be used for drinking and cooking.

The following special dishes or drinks can be prepared to speed up recovery and elimination of the coronavirus:

Visit www.coronavirusanddiet.com for recipes and further information on a natural approach to Covid-19 and other new viral diseases.

Alex Jack is president of Planetary Health and co-author of The Cancer Prevention Diet, Diet for a Strong Heart, and The One Peaceful World Cookbook.

Edward Esko is vice-president of Planetary Health and author of Diabetes: A Whole Foods, Plant-Based Approach, Alzheimer’s: The Macrobiotic Approach: Preventing Alzheimer’s and Lewy Body Dementia with Plant-based Nutrition, and How the Umeboshi Works: Secrets of Plant-Based Macrobiotic Remedies.

Bettina Zumdick is the founder and director of the Culinary Medicine School. She is the author of Authentic Foods, 10 Delicious Desserts for All Occasions, and Golden Dream Cookbook. 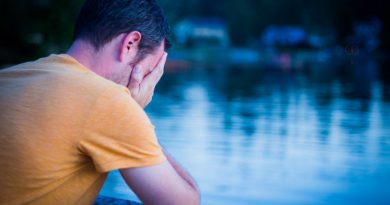 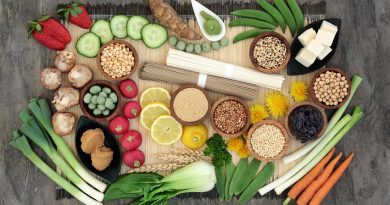 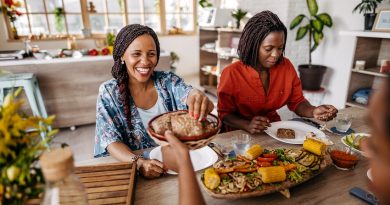 Hana Kahleova & Neal D. Barnard As Covid-19 resurges, propelled by the emergence of the omicron variant, and by the reduced effectiveness